Modifying a Laptop for Improved Cooling

My aging laptop was having trouble keeping up. It slowed to a crawl. Even opening up more than one tab in Chrome seemed to be too much for it. That's when I decided to take things into my own hands and fix it in a surprising way.

I drilled holes in my laptop.

When I was using my laptop, it used to get so hot. The fan always sounded like it was running at top speed. Considering the age of the laptop and the low price I had originally paid for it, I decided it was time to open it up and see what I could do. The warranty had long since expired, and I wouldn't be too upset if I broke it and had to buy a new one.

So I unscrewed every screw I could find on the bottom of the case and gently pried the bottom panel off. (It really was that easy. Thanks, Sony, for making my particular model laptop so easy to open up!) 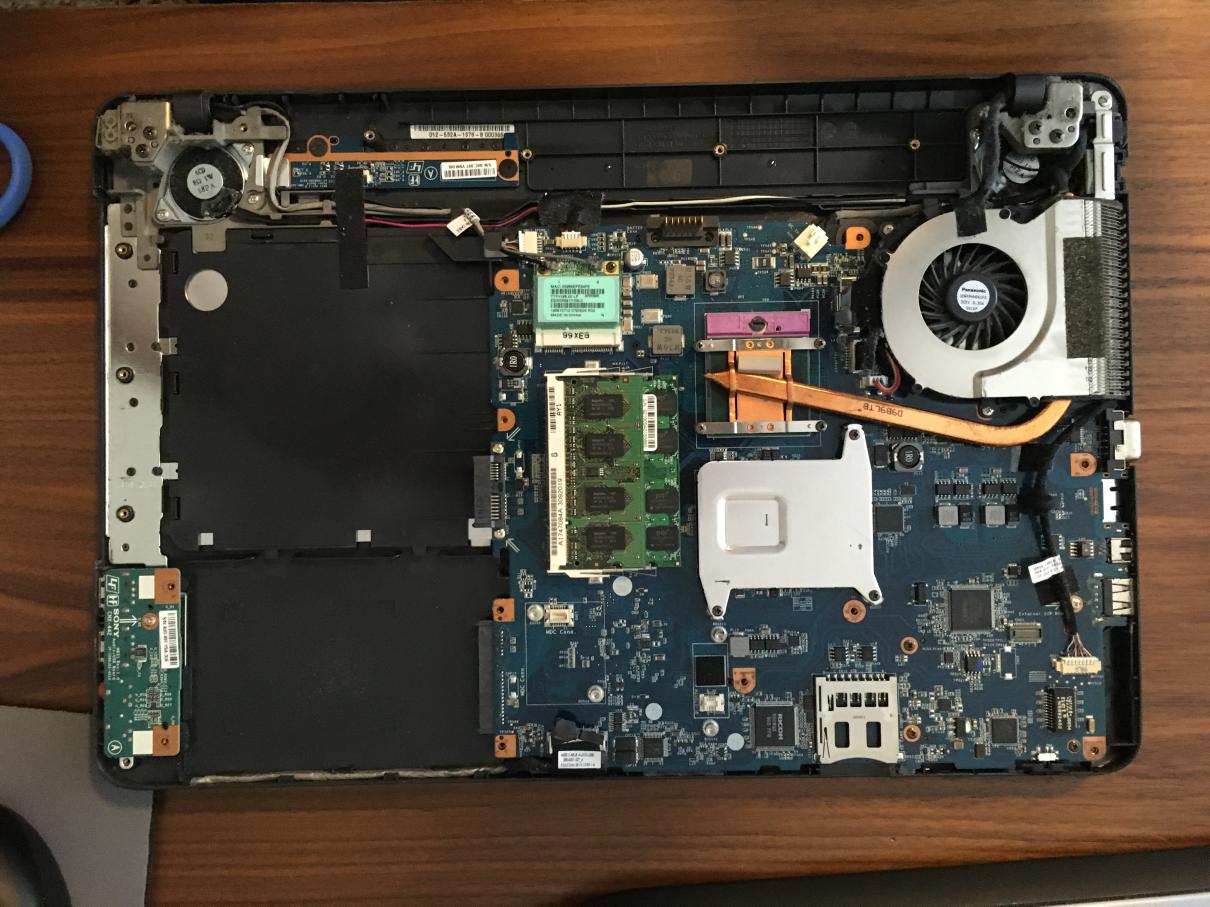 Once I had it open, I actually found the root of the problem very quickly. There is a single heat pipe going from the CPU to an array of aluminum fins that are cooled by a blower fan. The fan blows air through the fins and the hot air would get exhausted out the side of the laptop case. 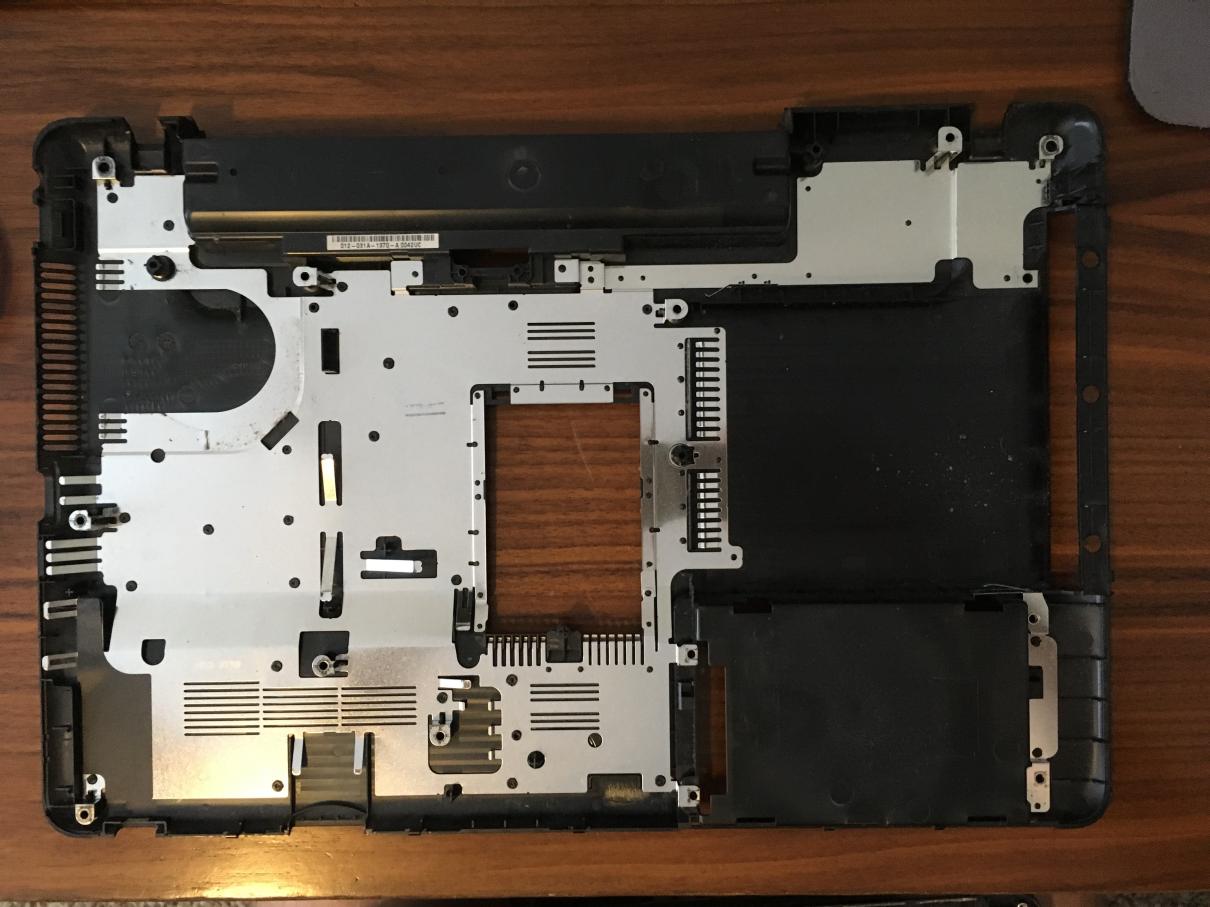 The problem was that there wasn't anywhere for the fan to take in cool air from outside the case! The fan was pressed tight between the motherboard and the plastic bottom panel. Maybe some air could leak in somewhere, but I couldn't really see any obvious air intake locations.

Initially I thought about cutting a big hole in the case and covering that hole with metal mesh to filter out dust, but I settled on drilling a lot of small holes in a circular pattern after doing a bit of searching on the internet about how other people how modified their own laptop cases for improved cooling.

I took a couple of random circular objects I had lying in my room (a Carmex container and a button) and traced out two circles on the bottom panel centered on where the fan was centered. I then used a Sharpie to place 16 dots in a circle half-way between the two circles. I kept the dots evenly spaced by placing dots every 90 degrees, and then halfway between those dots, and then halfway between again. I filled in the two circles with another two rows of sixteen dots: one inside the first row and one outside the first row. I offset the inner and outer rows from the middle row so the drill holes wouldn't be too close together. 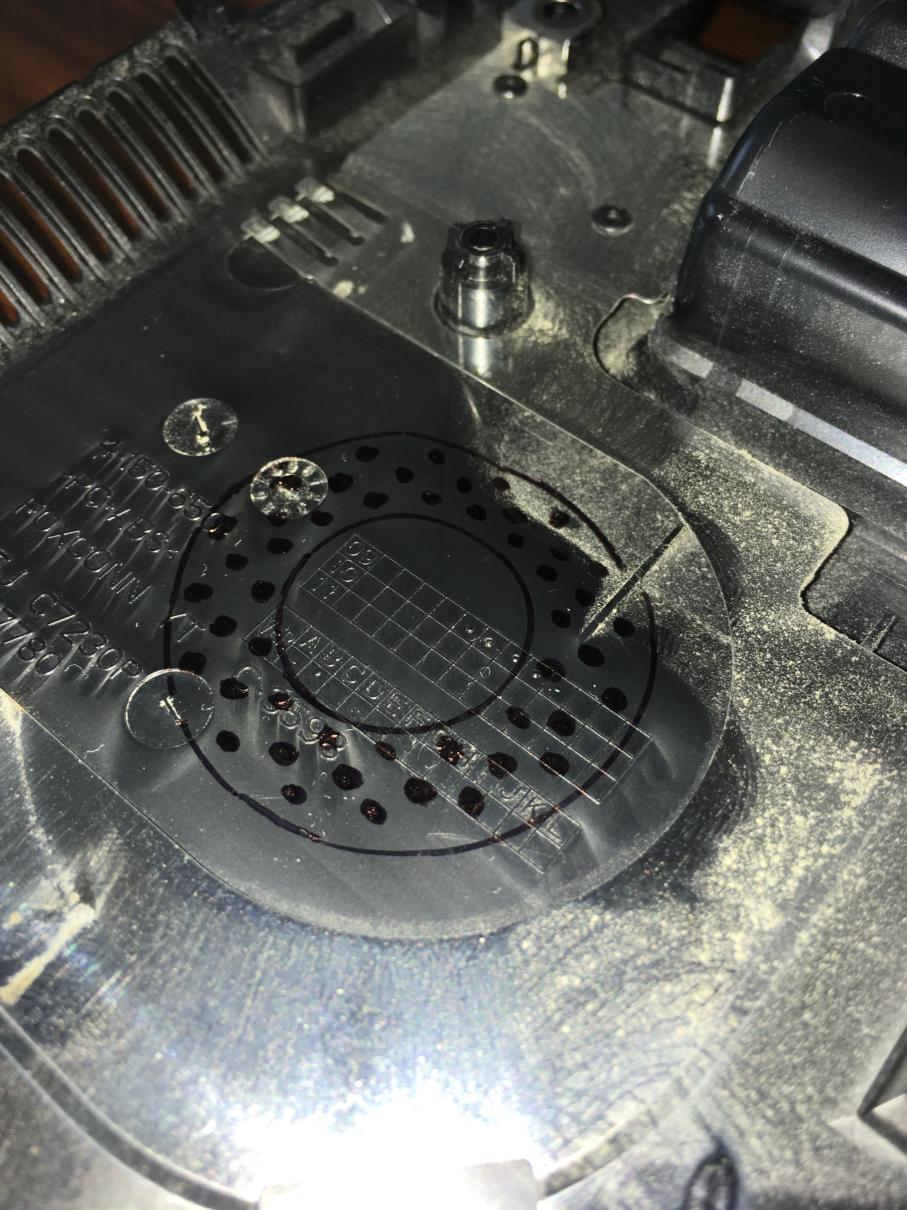 I then drilled holes where all the dots were with a drill press and what I can only guess was about a 1/8" drill bit. The result looks so much better than I had hoped especially after seeing the ridiculously lop-sided and uneven patterns other people had drilled into their own laptops on the the internet. 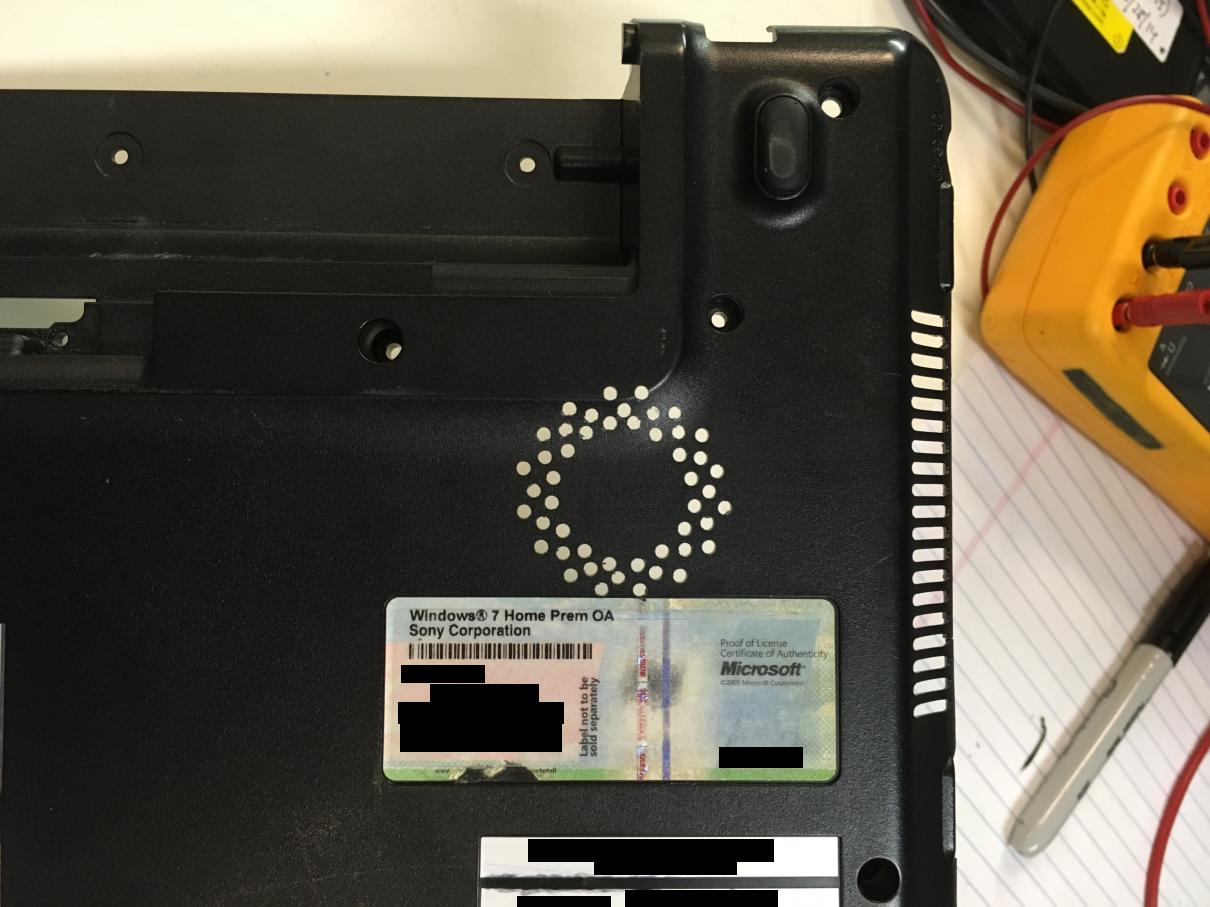 I noticed a distinct performance improvement after drilling those holes into my laptop case. (Sorry, I don't have any benchmarks to prove this.) The CPU used to overheat and scale down its frequency all the time. Now, it runs much cooler and is able to sustain a higher higher workload for much longer without having to slow down due to thermal issues. Now my laptop actually feels faster than the day I bought it (but that's probably mostly because I upgraded the hard drive to an SSD.)

Have you done something similar on your computer? Let me know in the comments.