I started learning Korean almost a year ago. I'm still very much a beginner, but I can read Hangeul with little effort, and I'm beginning to be able to figure out what part of speech a word is based on its spelling with good accuracy. I've still got a long way to go. It was a struggle getting to this point with no formal instruction. If you're looking to learn Korean on your own, I hope that I can separate some of the good resources for learning Korean from the bad. 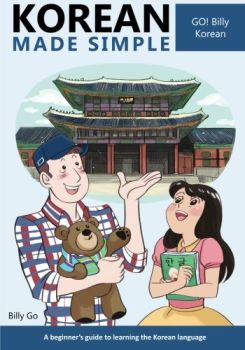 My favorite book for beginners learning Korean so far. This book walks you through the Korean writing system and some basic rules for pronunciation. Each chapter follows the same format: start with a short conversation on Korean, explain some of the grammar and vocabulary that the conversation uses, and then finally explain the conversation line-by-line.

By the end of this book, you won't be speaking Korean like a native, but you'll be comfortable with Korean enough that you'll be looking forward to learning some more. This book is really good for getting beginners excited about learning Korean because most of the explanations are very well written. This is probably because the author is a native English speaker that knows all the pains of learning Korean.

One problem with this book is that it's written by a native English speaker, not a native Korean speaker, so sometimes some of the explanations are ever so slightly wrong. If you're a beginner, don't worry about that. In your later studies in Korean, you'll figure out exactly what was wrong very easily. 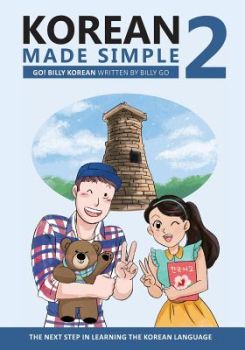 The biggest difference between the first book and this one is that certain Korean words in this book are contractions that neither book ever introduced. This is a problem because contractions aren't words that you can find in some Korean dictionaries. Other than that, this book is also a very good book for beginners.

Korean Grammar in Use: Beginning ($29) 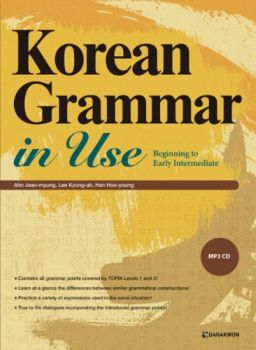 Korean uses word endings to express verb tenses, like English, but in Korean, tenses, causes, opinions/suggestions, purposes/intentions, conditions, and many other things are all expressed as endings added to verbs. For this reason, understanding Korean Grammar is vital. This book has short explanations for each grammar form as well as example sentences and practice problems. It's well-organized and well-written. 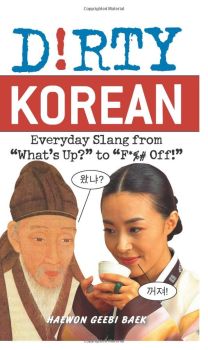 However, beginners should stay far away from this book for several reasons. First, the font used to write Korean is effectively Korean cursive. This means it's very difficult for beginners to read just because of how the letters are written. Secondly, this book makes extensive use of Romanization. Romanization encourages an incorrect pronunciation of Korean because readers will subconsciously make connections between Korean words and how they are roughly transliterated to the English alphabet with a British view on how those letters are combined to pronounce words.

Photo of Gwanghuimun by travel oriented