My car was recently totaled, and you can read more about it in My Experience with a Hit and Run in Texas. Anyway, the truck that hit my car left some paint transfer on my car's front bumper, left rear door, left rear quarter, and rear bumper. (The left fender and left front door were both damaged enough that they need to be replaced.) Rather than shell out hundreds of dollars to a body shop, I decided to take matters into my own hands. 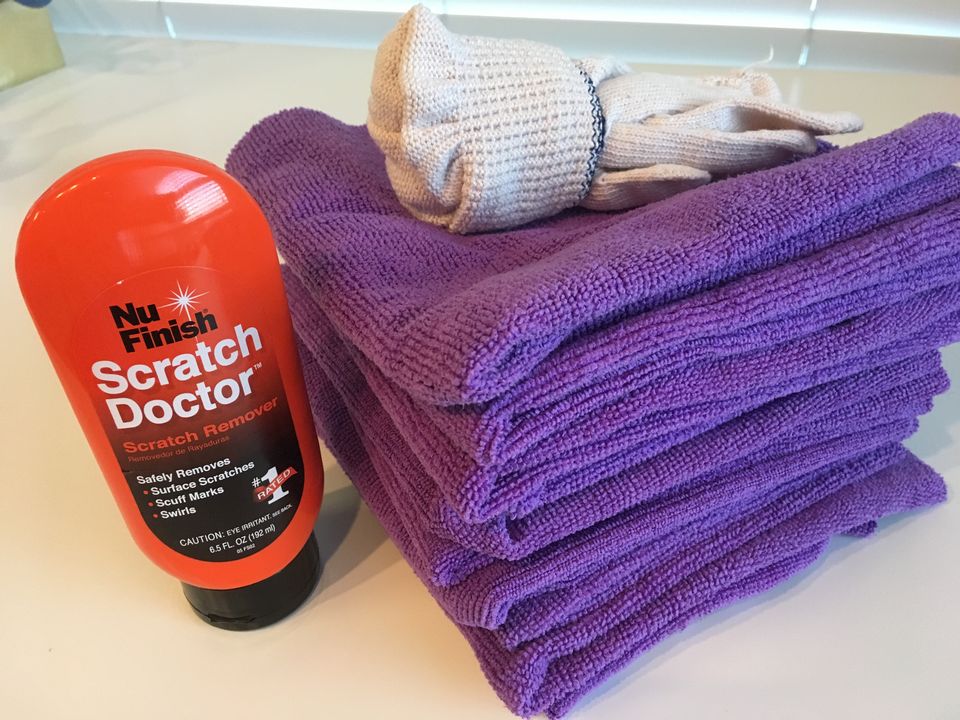 Gloves, microfiber cloths, and scratch remover: the basic equipment you need to remove paint transfer from your car.

Removing paint transfer is so much easier than I had imagined. All you have to do is buy some rubbing compound/buffing compound/scratch remover, and rub it in. After that, wash the chemicals off your car, and you're done!

As far as what you should buy, I used Scratch Doctor, and it did a great job. However I've seen other people have used things like whitening toothpaste and WD-40 with similar results. Honestly, the stuff I bought looked like toothpaste and smelled like mineral spirits, so if you have both of those at home, you could try mixing them together.

Additionally, since you're rubbing an abrasive on your car's paint, you need to be careful. If you rub too hard, you will remove not just the paint transfer but also your car's paint. For that reason, use a microfiber cloth when removing paint scuffs. They're soft and will minimize scratching.

Now let's get to the results. Warning, they're not pretty, but that's mainly because the truck hit my car hard enough to go down to the bare metal in some places. In lighter collisions, I'd expect better results. 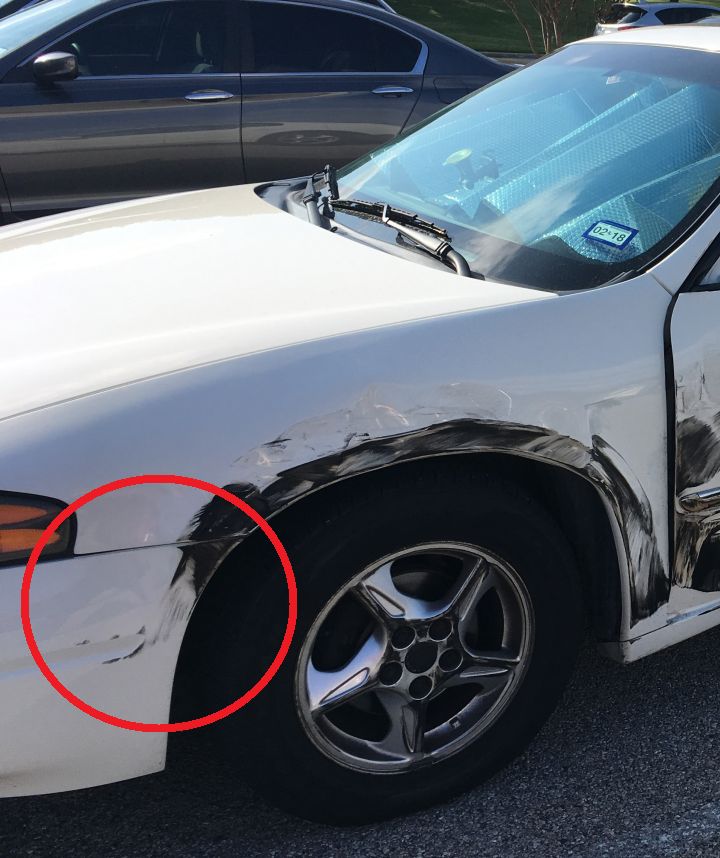 Damage to the front bumper. 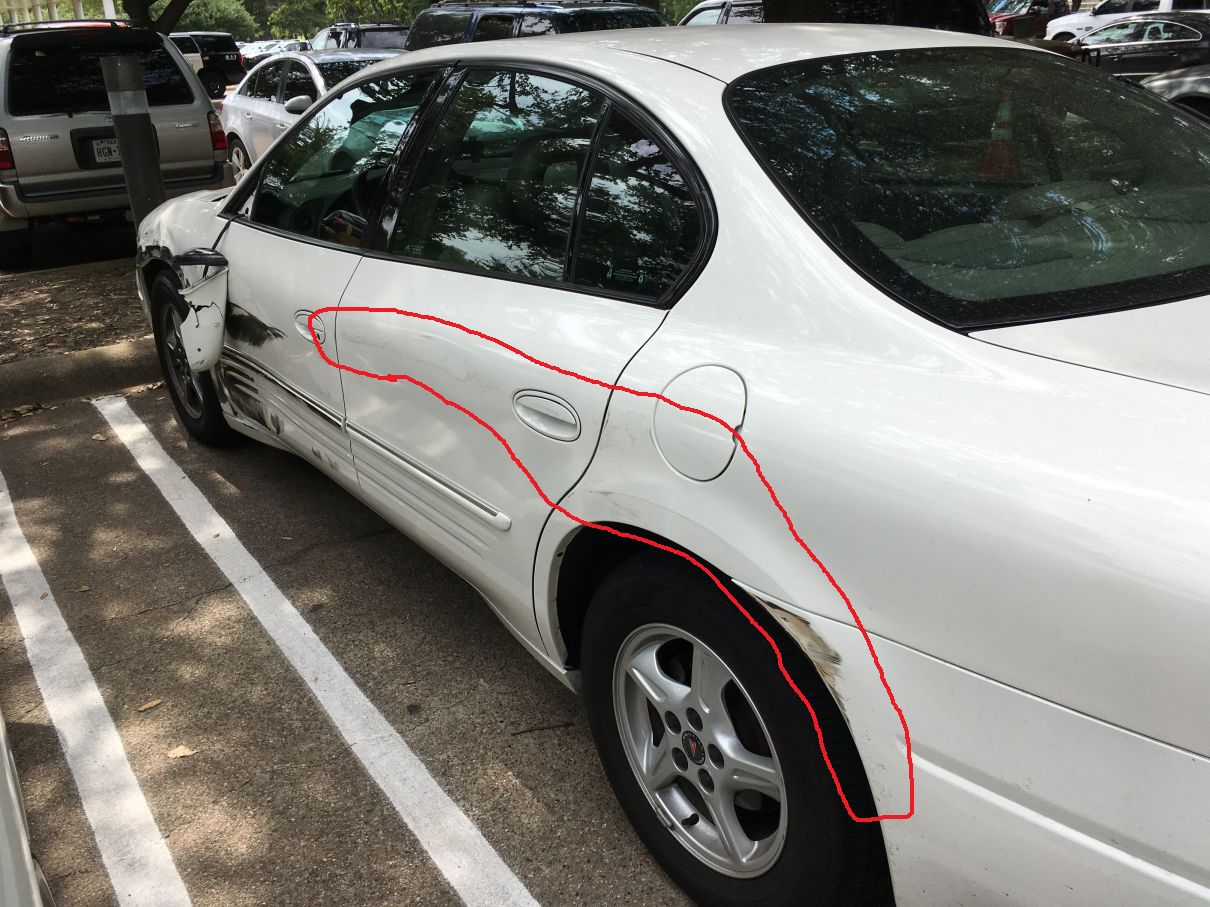 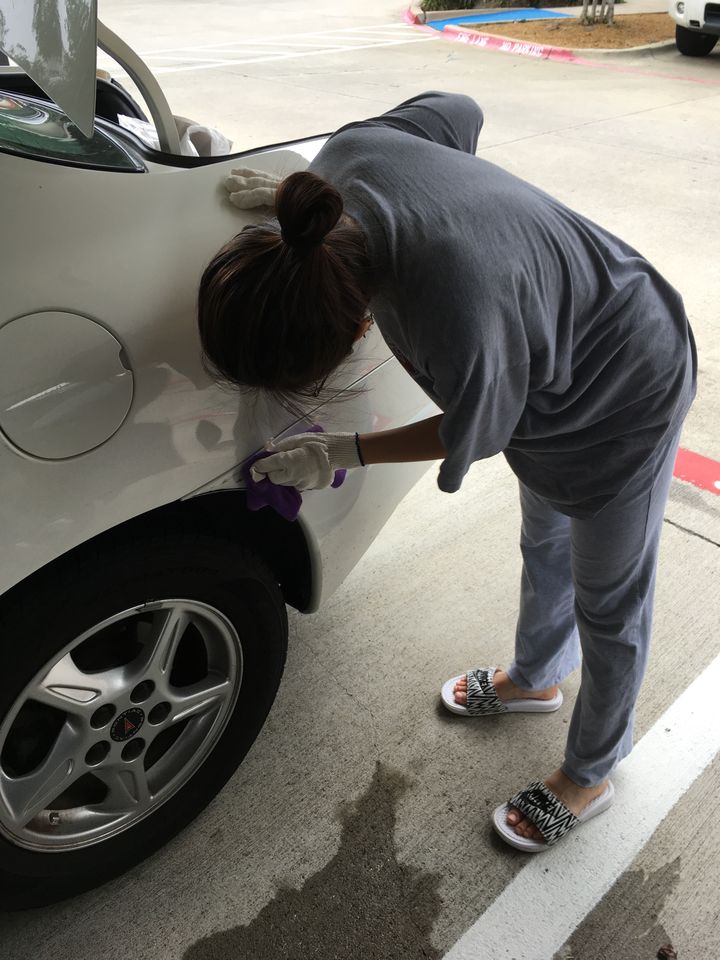 My lovely wife helping me to remove some paint transfer on my car.

And finally, the results:

Front bumper before and after removing paint transfer. (I didn't bother removing the paint from the fender because it will be replaced.)

After removing the paint transfer from the front bumper, there was some discoloration of the paint in the affected area, but it looks much better than the huge black mark that was there before. There are also a couple spots where the bare metal is exposed. I plan to use some touch-up paint to cover that up in the future.

Rear bumper before and after removing paint transfer.

The rear bumper had similar results to the front bumper. Unfortunately there is a much larger section where the damage went all the way through to the metal on the rear bumper. Again, I plan to cover that up with some touch-up paint later.

Did you find this post interesting or useful? Let me know in the comments!