Never heard of Bunny Island? Its real name is Ōkunoshima. It's an island filled to the brim with cuddly "wild" bunnies. How many? Hundreds!

You have to take a ferry to get there because it's an island, obviously. When we first got off the ferry we saw a couple bunnies. "No big deal," I thought. But that was just the beginning. 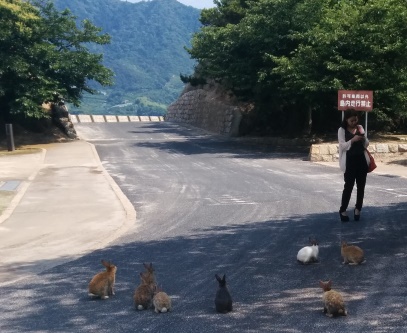 We had planned ahead and brought two carrots and a head of cabbage. Bunnies like carrots, right? Wrong! Bunnies LOVE carrots. They smelled the produce as soon as we took it out of our bag and rushed over for a piece of the action. We were immediately surrounded by dozens of cute bunnies.

If you're sneaky you can pick one up. They will happily let you hold them as long as you give them something to munch on. Once the noms are gone, they start squirming to escape. 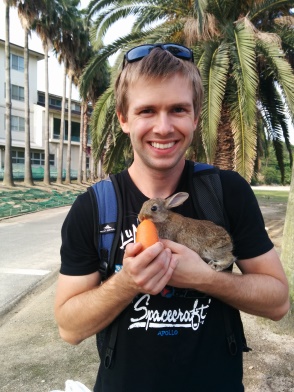 There's a hotel on bunny island that sells pellets. The bunnies just go crazy for them. We came across a girl who was tossing pellets into the air by the handful. She had amassed quite a bunny following. 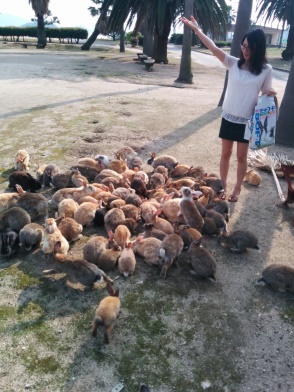 During World War II, the Japanese had a poison gas factory on the island of Ōkunoshima. The factory had rabbits on hand for testing the poison. At the end of the war, the rabbits were released onto the island. Whether the rabbits on the island today are descendants of those rabbits or not isn't known. However they got there, it's still a fun place to visit.

Where is it located? It's in the southwestern part of Japan... 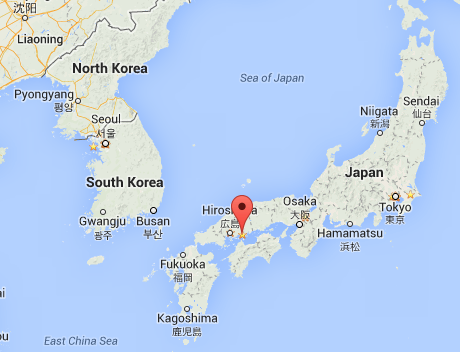 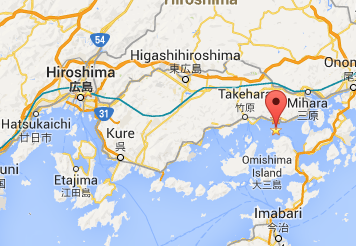 ...and just south of Tadanoumi Station. 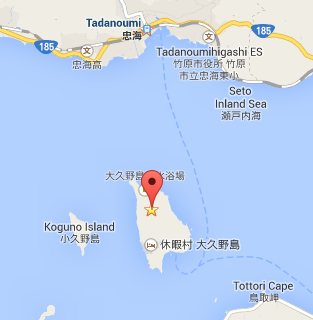 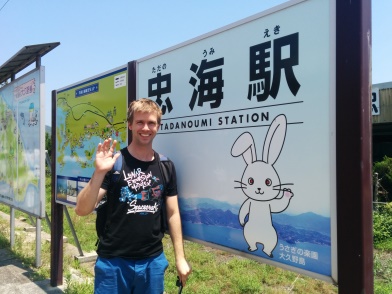 We completely missed the ferry map even though I took a picture of it. The lack of English was so disorienting I didn't know what I was looking at. Sorry for the bad quality. I took the picture from across the tracks with my finger in front of the lens. Oops. 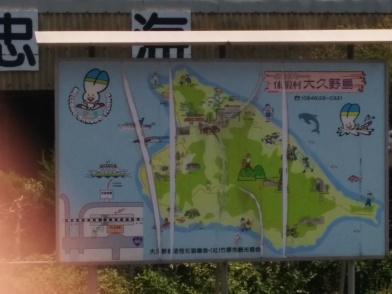 Basically you exit the train station and just keep turning right until you get to the ferry station. There's a vending machine there that sells tickets, but I can't read Japanese. 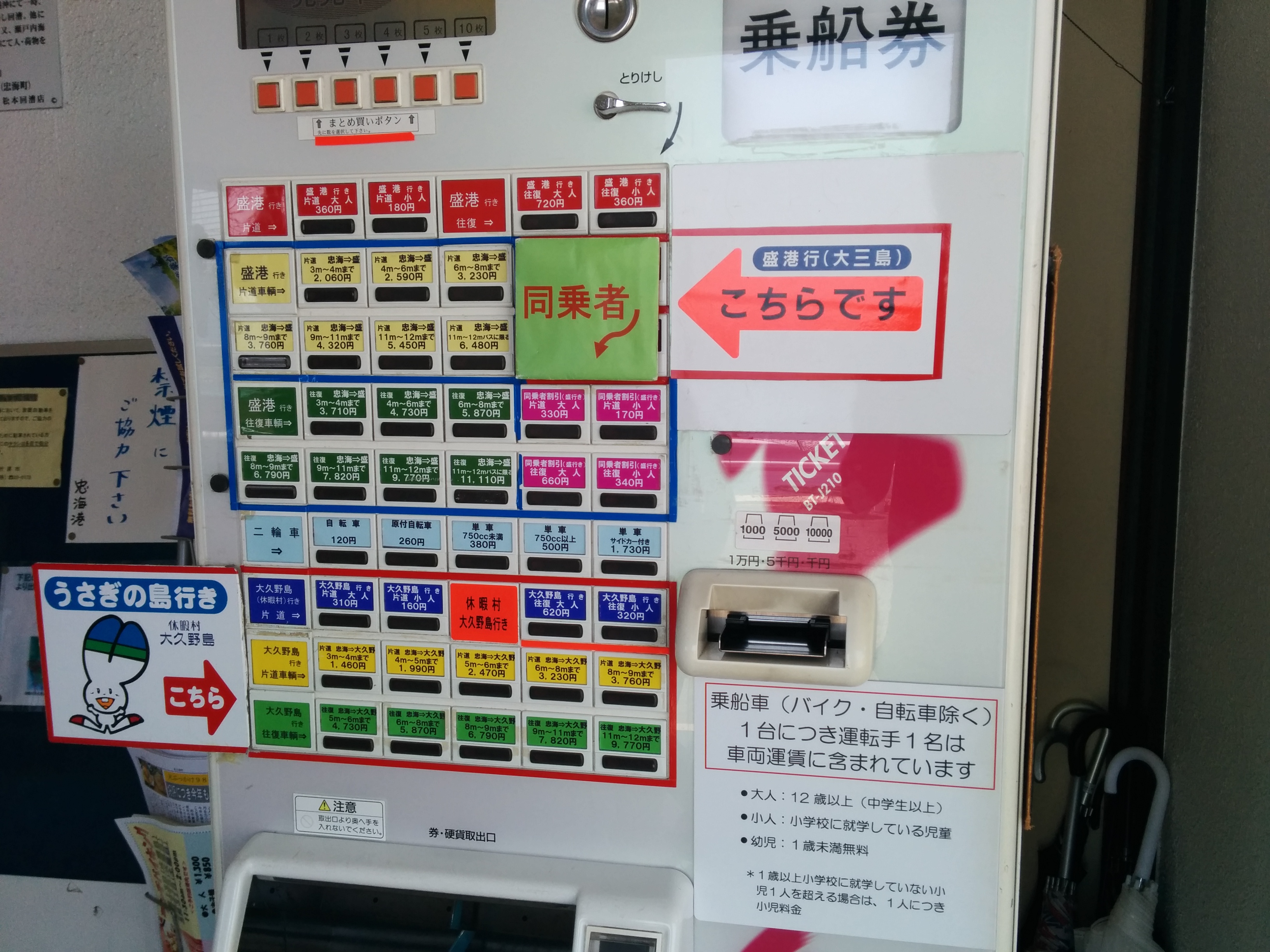 Instead just go to the ticket window and say "oh-coo-no-shee-muh round-trip" while holding up your fingers to show how many people are in your group. Japanese people are smart and polite. They'll figure out what you want. 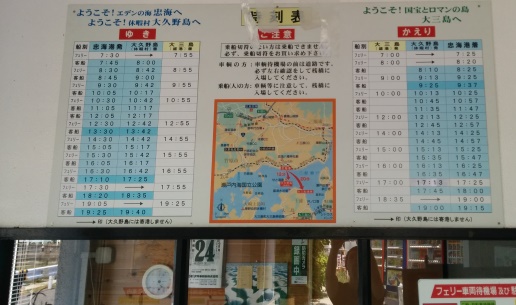 There's also a time-table posted above the ticket booth. Make sure you don't miss the last ferry back. Otherwise you'll be sleeping with the bunnies.