How to Use Two PSUs in a Single Computer

My mom's computer was running pretty slowly, so she asked me to troubleshoot it and try to find a way to speed it up. I checked the activity monitor on her computer and found that her hard drive's disk usage was often pegged at 100% while her CPU (central processing unit) and RAM (random-access memory) had plenty of headroom. Since she was using a HDD (hard disk drive), I advised her to upgrade to an SSD (solid-state disk).

She purchased the SSD online and I told her I'd install it and transfer all her files to it the next time I visited my parents. When I tried ot install it to transfer the files, I discovered a problem. The PSU (power supply unit) in her computer did not have enough connections to power both the HDD that came with the computer and the new SSD at the same time!

Fortunately, she still had her old desktop computer and its PSU. I was powered the SSD with the PSU from the old desktop and left all of the other power connections in my mom's computer as they were. I'd power the new SSD with one PSU and the rest of the computer with the other.

I felt prety confident that the ground differential would be pretty small since I had the two power supplies plugged into the same power strip and I'd power them both on at about the same time.

To get the two power supplies to power on at the same time was a little tricky. The power supply in the computer could be turned on with the computer's power switch. The extra power supply I'd have to power on by connecting 5 V to the green wire on the motherboard power cable. You can see how I did this in the image below. 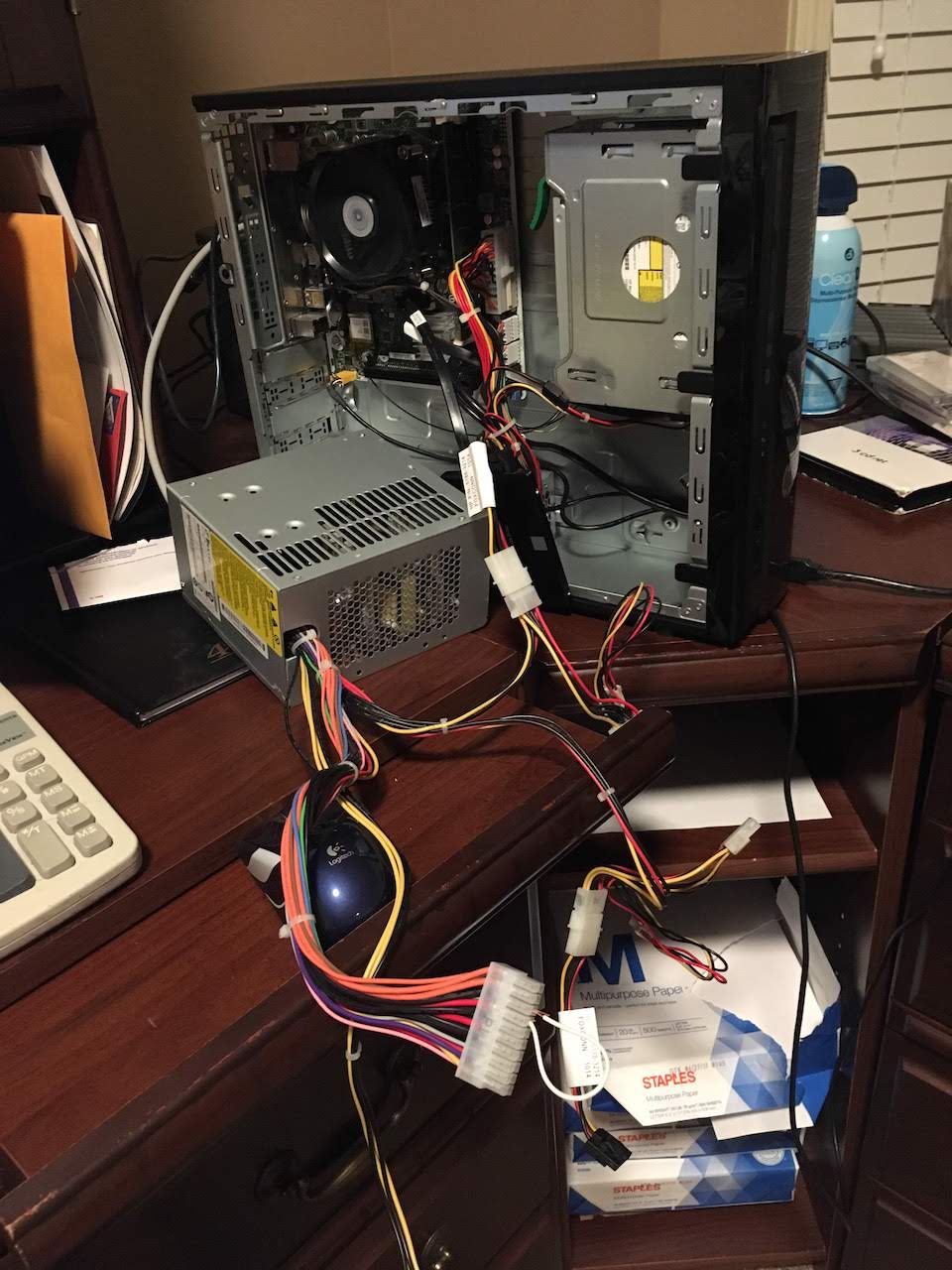 I hit the switch on the computer, used a while to connect the red and green wires on the second power supply's motherboard cable, and crossed my fingers.

The computer booted up correctly, and I was able to use Samsung's disk migration tool to transfer al of my mom's files from the old HDD to her new SSD.

I'm happy to report that the migration was a success and my mom is very happy with her computer's increased performance.

Have you ever had to do something similar to upgrade or fix a computer? Let me know in the comments!