You may or may not be familiar with Priceline's "Express Deals". Express Deals are discounted hotel rooms that come with a slight catch: you don't know exactly which hotel you're booking until after you've already paid, and they're non-refundable and non-cancellable.

What most people don't realize is that it's actually very easy to figure out which hotel you're booking with a few simple steps:

For example, I was looking for a 4-star hotel in the Riverwalk Area of San Antonio for this weekend. Priceline had two Express Deals that matched my requirements: 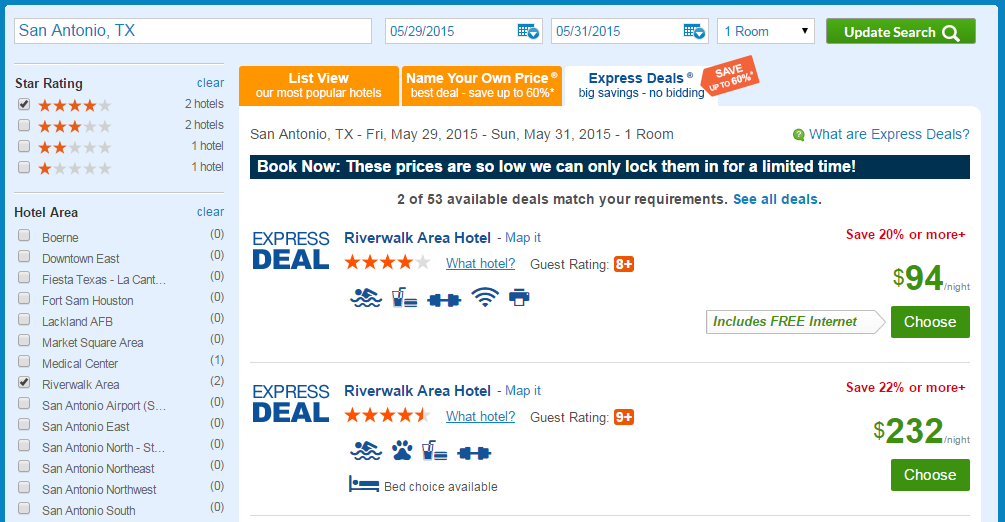 Hotel 2 was easy to figure out. When I calculated the non-discounted price, >$297, there was only one match: Mokara Hotel & Spa San Antonio.

Hotel 1 was a little harder. There were two hotels that matched the non-discounted price of >$117: Grand Hyatt San Antonio Riverwalk and Hyatt Regency San Antonio.

I clicked the "Details" tab for each hotel to see a list of their amenities to compare with the Express Deals hotel. 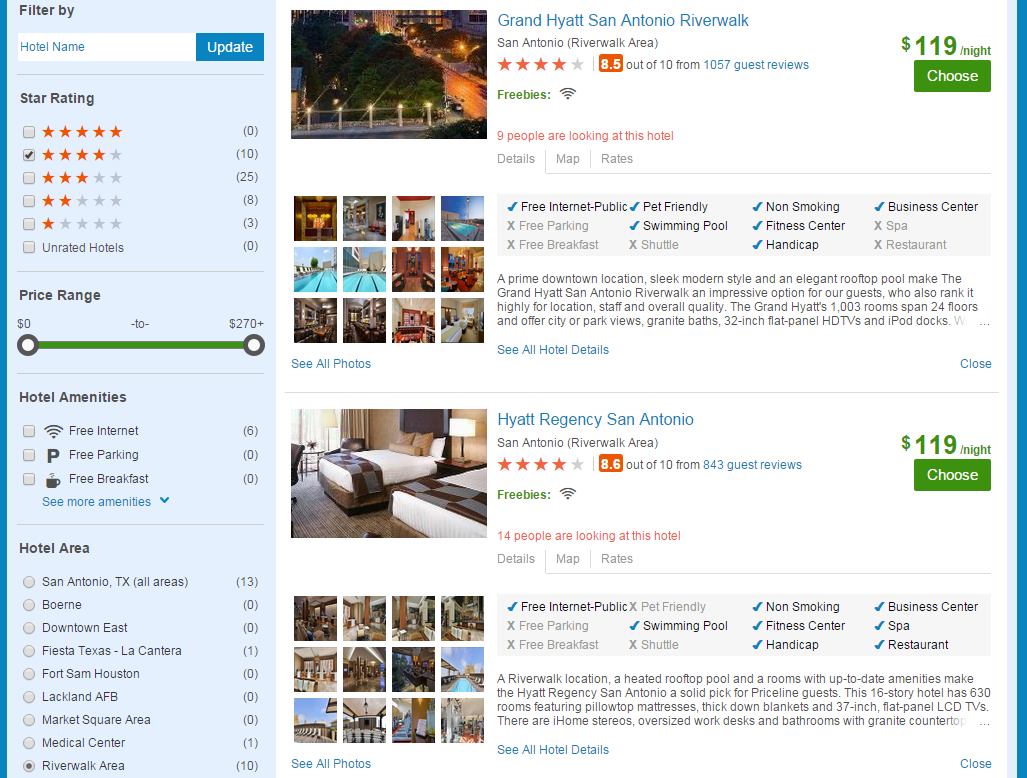 After just a couple minutes I knew exactly which hotels I could expect to get if I bought an Express Deal. This was handy because I could locate it on the map before deciding to stay at one or the other.

Here's a calculator that will calculate the Non_Discounted_Rate for an Express Deals hotel for you: