I just got my own 3D printer, and I had no idea what to expect. I was excited and nervous, but mostly intimidated by a machine that could magically produce real, useful objects seemingly out of thin air. Here's what my experience was like.

Unpacking the Monoprice MP Select Mini was uneventful. The only assembly required was sliding the spool holder into a slot on the side of the machine. 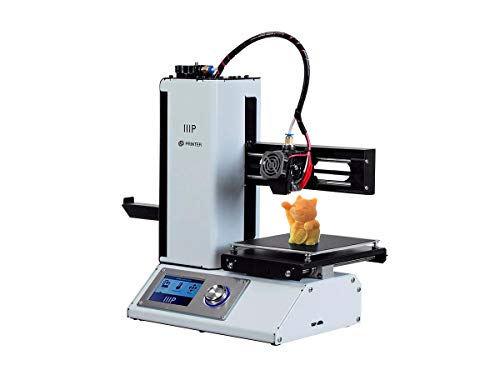 Next, I had to level the print bed. I did that but turning all the bed-leveling screws clockwise a couple times to make sure the print head's nozzle cleared the bed everywhere. I then moved the print head near each of the four corners, but I made sure the print head was far enough away from the corners that I could easily access the bed-leveling screws. Then I tightened each screw one at a time until I felt a very slight bump from the nozzle when sliding a piece of paper under it. Finally, I snipped the end of the sample filament at an angle with a pair of scissors to give it a point and inserted it into the 3D printer.

I printed the cat.gcode model included on the SD card. The print worked the first time, but the sample filament was only enough for half of the cat to print.

I pulled out the last couple inches of the sample filament that didn't get used and replaced it with a roll of blue filament I had bought. I tried printing the cat model again, but the next two prints failed. The cat partially lifted off the print bed both times. Luckily, I was monitoring the print both times, so I was able to abort the print and save the printer from wasting any more PLA. 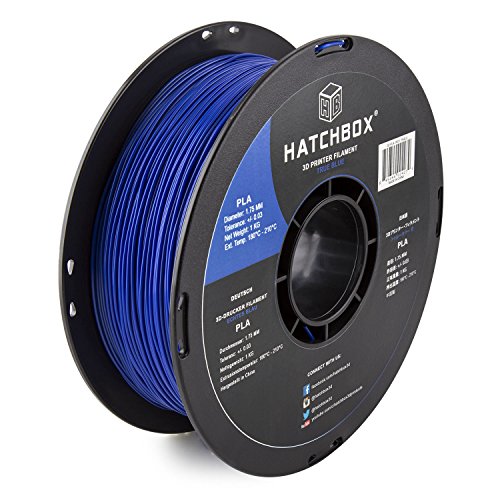 The third time I tried to print the cat with my blue filament was a success, and it came out beautifully. I'm really impressed with how well this $200 3D printer does considering its super low price. I'd highly recommend it for anyone looking to get started with 3D printing.

I'm looking for useful things to make with my 3D printer. Do you have any ideas for me? Let me know in the comments!