Choosing an Electricity Provider in Texas

In Texas (and probably some other places, too) you have to choose your power provider. A handy website is provided for you to do this. It's called Power to Choose. Here's a handy way to figure to which service you should choose to get the lowest bill.

2) Calculate your cost per kWh

The plans on Power to Choose are tricky. Some providers have really low costs at 500 kWh/mo, but they quickly skyrocket as you approach 1000 kWh/mo. The trickiest part is that while your bill each month will follow this linear trend, your cost per kWh will not. This means that you can't just choose the plan with the lowest cost per kWh for 500 or 1000 kWh/mo. 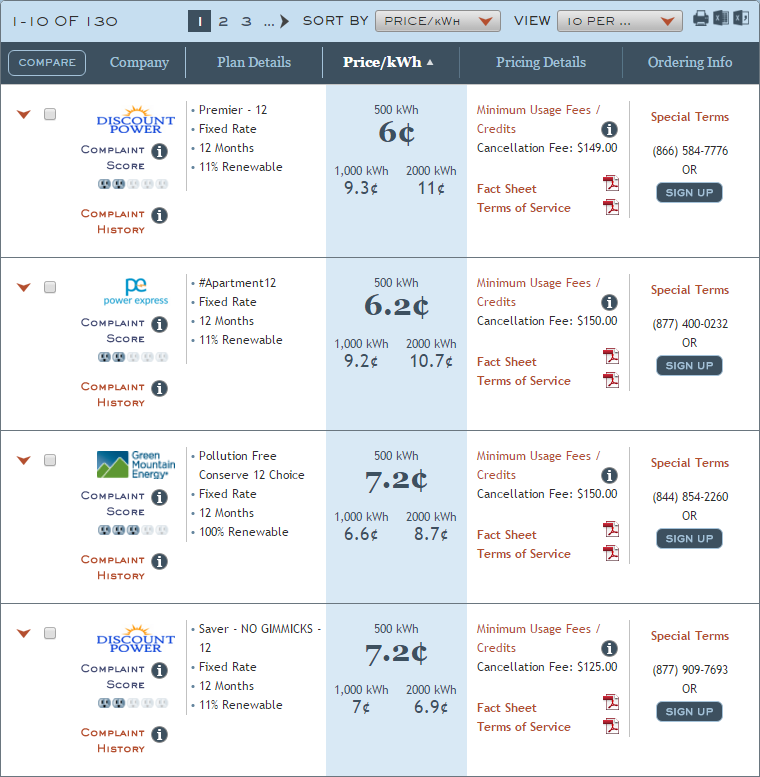 I applied this formula in Excel to the first page of providers (sorted based on PRICE/kWh), and I found that the third option was the cheapest option for me. The first two options look the cheapest upon first glance, but the slope at which their rates increase is positive whereas the third plan has a negative slope. At a certain point past 500 kWh, the third plan becomes cheaper than both of the first two plans. (I'll leave it as an exercise for the reader to determine the exact point at which this occurs.)

Here are the costs per kWh at a usage of 684 kWh/mo for the plans in the image if you wish to implement my formula in Excel and check it against what I've already done: