I'm planning a trip to Korea in about a month. An outbreak of MERS started a little over a month ago, so I became concerned that my trip might have to be cancelled. I researched the MERS outbreak in Korea, and I learned about epidemic (or epi) curves.

Epi curves are used by epidemiologists (those who study the patterns, causes, and effects of health and disease conditions in defined populations) to track epidemics. The horizontal axis of an epi curve is time, and the vertical axis is the number of cases confirmed on a particular day. 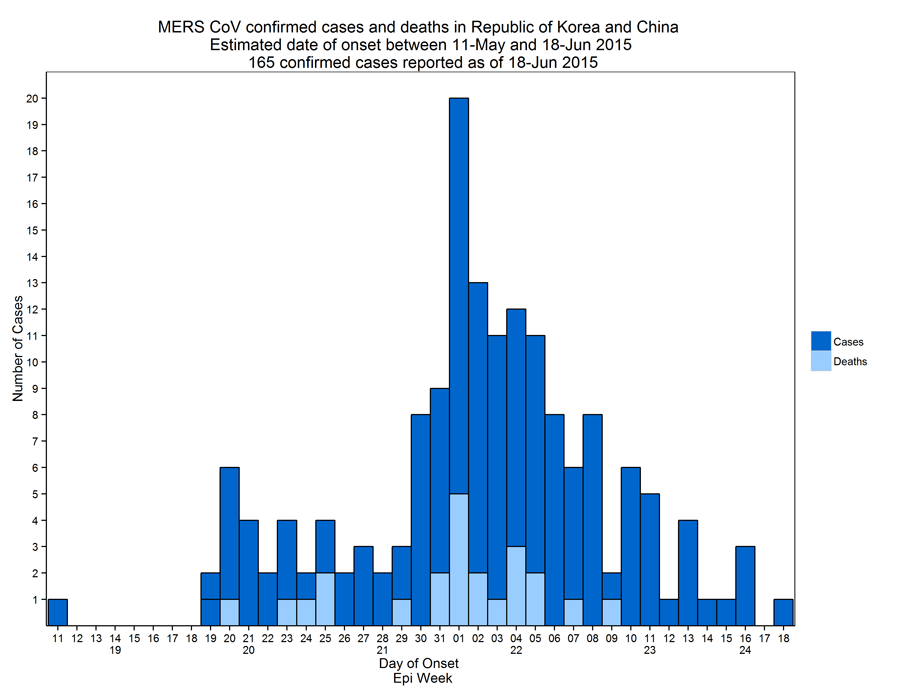 As you can see, the number of MERS cases is declining. I imagine this epi curve is fairly typical for outbreaks of disease. It starts slowly as the index cases infects a few other individuals. There is then a rapid period of growth as the victims infected by the index case infect others. Next, awareness of the epidemic causes health care workers and the general public to take action to quarantine and treat the outbreak. After this, the number of cases slowly declines to zero. I hope Korea will be nearly MERS-free by the time I arrive.

In response to the MERS outbreak, Korea closed hospitals and schools. MERS did not spread outside of hospitals, so schools and kindergartens began reopening.