Korean Culture from an American Perspective: Hot and Cold Beverage Prices in Cafes

Korea has a lot of different cafes. In America, if you want coffee, you can pretty much choose between either Starbucks or Starbucks. In Korea, that's not the case. Starbucks is there if that's your cup of joe, but the other options are often far more interesting.

The first time I walked into a cafe in Korea that wasn't Starbucks, I was really surprised by their menu.They had a list of drinks in Korean (with English underneath) and two columns of numbers next to them. The first column was labeled HOT, and the second was labeled ICED. And for pretty much every drink on the menu, the iced version was ₩1000 (about $1 USD) more expensive! 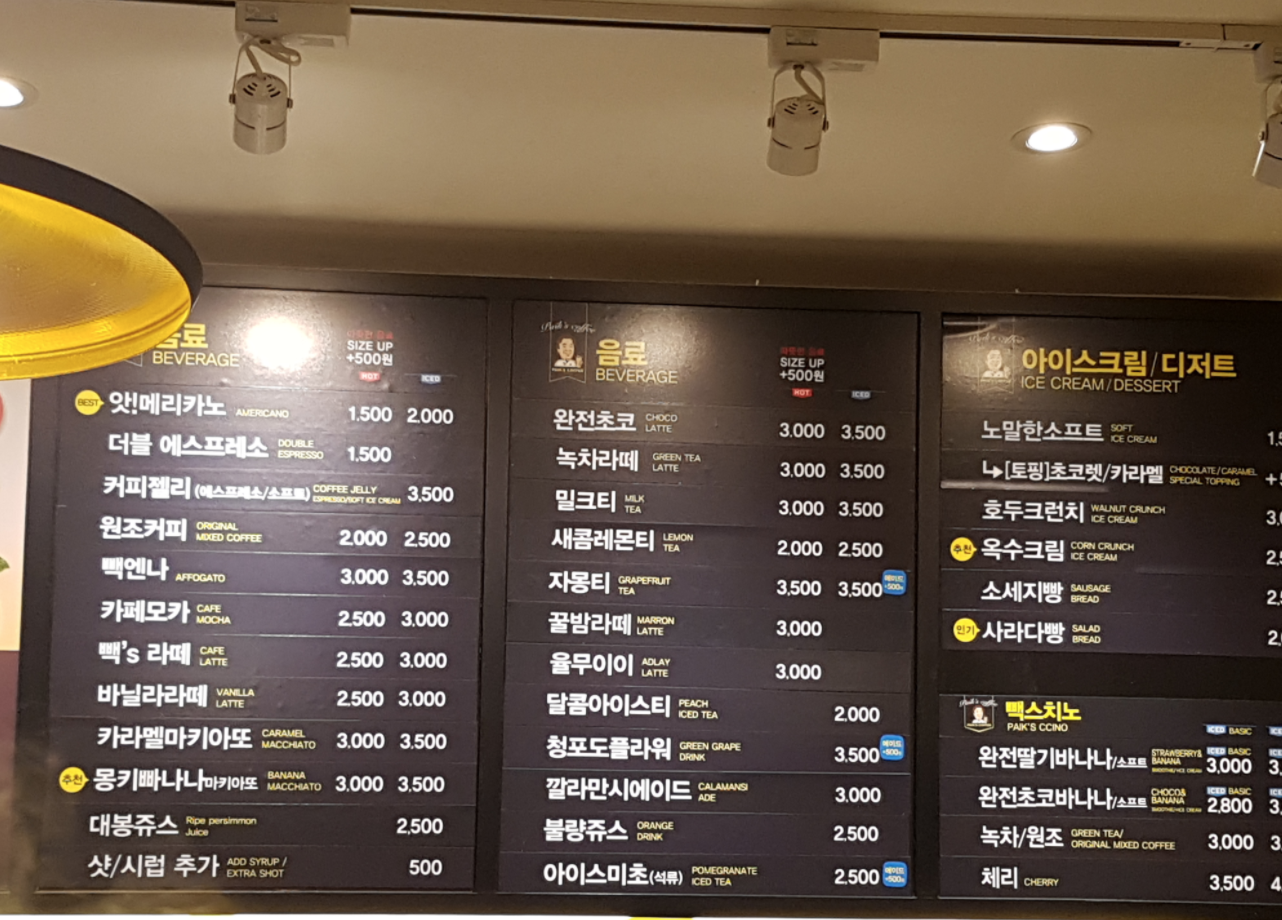 My brother-in-law took this picture of the menu in a cafe in Seoul for me for this blog post. You can see the higher prices they charge for cold drinks. 형님 고마워요~~!

Since I was visiting Korea in August and planned to take my coffee with me as I walked around Seoul, I bit the bullet and forked over the extra ₩1000 every single time. I'd never seen this pricing practice before in America, so I was really annoyed by it. I thought that the only difference between an iced drink and a hot drink was a couple of ice cubes that cost almost nothing, so I couldn't understand why cafes would almost universally charge about $1 USD more for cold drinks.

I recently asked my (Korean) wife about this, and she did a little bit of research. Apparently there are two popular theories as to why this is done. The first theory is that electricity is expensive in Korea, so it costs a lot of money to make ice cubes. (This is somewhat believeable since the last time I checked, electricity prices in Korea were about eight times higher than those in Texas.)

Have you noticed any other interesting pricing strategies in Korea or elsewhere? Let me know in the comments!