Censorship in Korea is very different from that in America. In America, we bleep out a bunch of words that some people are too dirty, and nudity is very rare on television. When watching Korean television, it's not uncommon to see cigarettes, tattoos, or knives blurred out. Those are all expected forms of censhorship, and today I'm going to talk about a somewhat more unexpected form of censorship.

My wife is Korean, and she's currently studying English to prepare to transfer her Physical Therapy license to America. As part of her studies, she decided to read Malcolm Gladwell's "Outliers". I already had a copy of the book that I had gotten as a gift last year, so she bought a copy of the Korean translation on her last trip to Korea.

She would read the English version first and then go back and read the same section again in Korean one page/section/chapter at a time. That way she could make sure she understood everything while learning new vocabulary words and grammar at the same time. 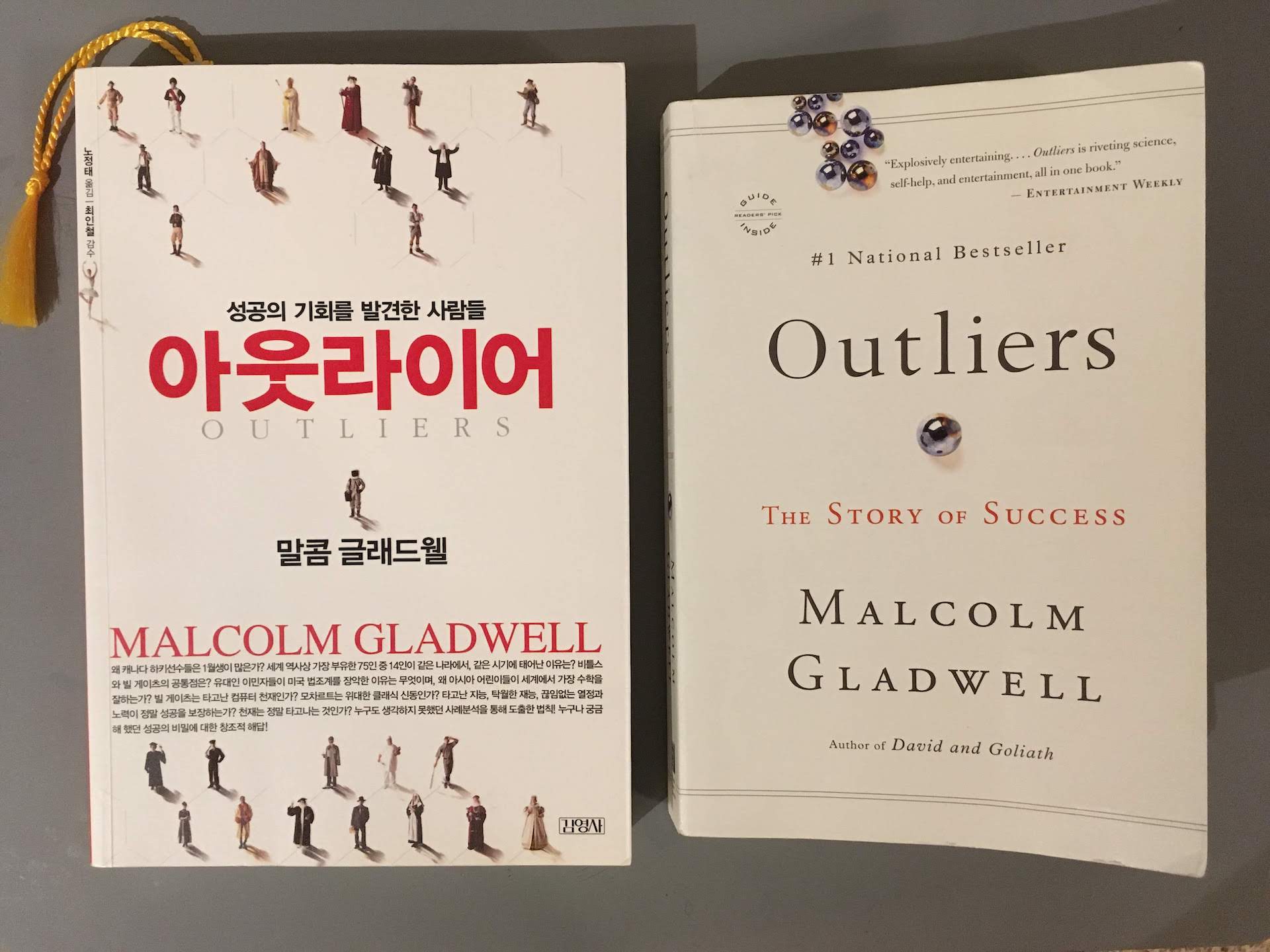 The missing section of the book is Section 2, Chapter 7, "The Ethnic Theory of Plane Crashes". In this section, Gladwell details a number of Korean Air crashes in the 1980s and 1990s and reveals that the company was eventually able to improve its safety record by acknowledging "the importance of its cultural legacy".

Why was this section left out? For some people, it might make Korean Air and Koreans in general look bad. Korean Air's reputation is as important to it now as it was in the 1980s and 1990s when these crashes were occuring, and back then, "an outside audit of Korean Air's operations was leaked to the public. The forty-page report was quickly denounced by Korean Air officials as sensationalized and unrepresentative, but by that point, it was too late to save the company's reputation."

Perhaps the editors of the Korea translation of "Outliers" feared a similar reaction from Korean Air should they publish that section of the book. My wife was curious about this missing section and decided to email both the translator and the publishing company to ask.

The translator responded first and indicated that it was the publisher's decision to remove that section of the book because it was too "harsh". The publisher responded to my wife a few days later with a similar repsonse.

The most interesting part of this all is the second email the translator sent to my wife. He said he was impressed that she had noticed this and that no one else had ever pointed out this missing part of the book to him before! The translation was published in 2009 (and I'm writing this in 2018). For almost a decade, people in Korea have been reading this book and no one has even been aware that it had been censored.

It's one thing to see a blurred out knife or hear a bleeped out tirade because then you can at least guess at what is being said or done. But in this case, the censorship is so complete that unless you go to the source material, you won't have any idea that it has been done.

How many other cases of invisible censorship do we live with in our daily lives? It's a question we'll never know the answer to. I hope it's as little as most people believe, but i fear it's much larger.