Driving in the Philippines Part 1 of 3

Southeast Asia isn't known for having the best drivers in the world. I was recently assigned to work in the Philippines for 6 months. My company provided me with a rental car for the duration, and mayhem ensued. Here are some of the things I observed while there. This is part one of a three-part series. 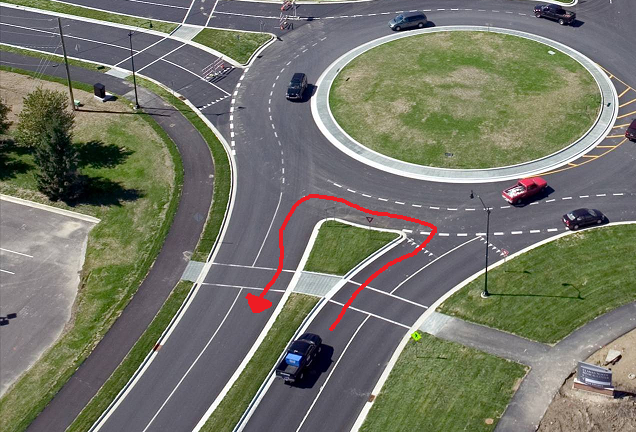 Sure, the highways and main thoroughfares of Luzon (the island Manila is on) have traffic lights. And sure, some of the other street have stop signs. But other than that, nope; the vast majority of intersections in the Philippines have no traffic control devices. 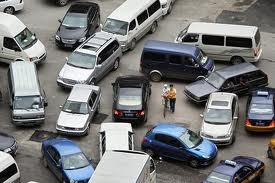 This has resulted in Filipinos developing a unique method for navigating intersections:

Usually this method works pretty well when you consider the circumstances. Sometimes, it doesn't. If you arrange the cars just right, you get gridlock. None of the cars in the intersection can move forward. And since there's so much traffic trying to get through the intersection, no one can back up either. Nightmares are made of this stuff. The picture above wasn't taken in the Philippines, but it gives you an idea of how this works out in practice.

If you're not familiar with jeepneys, here's what they look like: 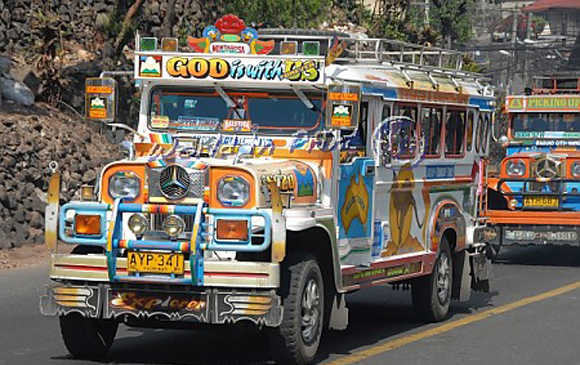 Yes, that's a typical jeepney. They're usually brightly decorated and have some form of religious statement on them. The Philippines is something like 90% catholic after all.

Jeepneys have two rows of benches in the back facing towards the center line of the jeepney. They can fit ~16 small people in these benches, but when it's rush-hour, that's just not enough. Passengers desperate to get home will hang on to back, sit on the roof, or even the hood of the jeepney. Don't believe me? Proof: 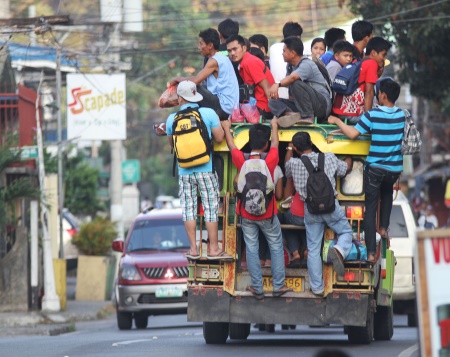